Showing posts from December, 2012
Show All

Life in Latvia after 50 Years: Part 1 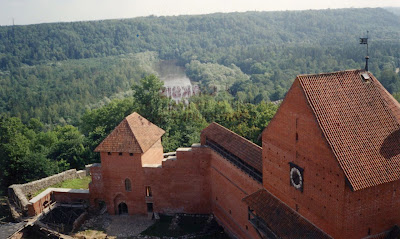 The following is from a speech which Janis CIRKSIS delivered detailing his experience as a Latvian returning home after 50 years of Soviet occupation. It was written in around 1997 so most likely a lot has changed since then. It is a deeply personal account of his experience and by no means is it intended to be indicative of a more general experience. Having said that, it does express many of the daily struggles of Latvians as they tried to reestablish their independence after 50 years of occupation. The original document is written in a script font and thus I have had to transcribe it manually.  In order to publish something this week, I have decided to break it (arbitrarily) into 2 halves. As per usual, I would love to hear from you. In particular How do you think life in Latvia has changed since 1997? Life after 50 years in Latvia By Janis CIRKSIS Tonight I would like to share with you my experiences and observations about the present life in Latvia. I visited Latvia for ab
Post a Comment
Read more 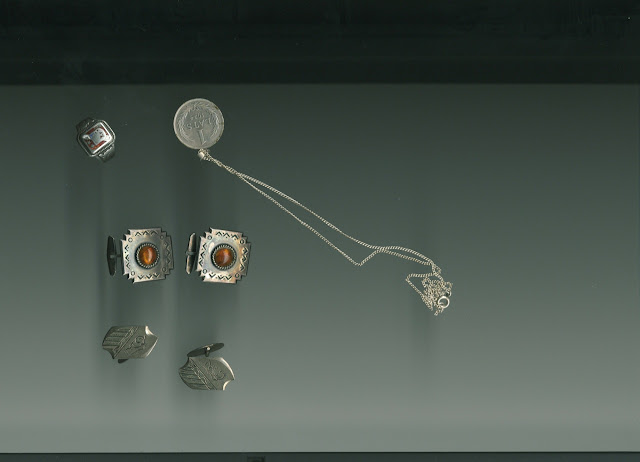 Given the relatively narrow focus of this blog I have been quite surprised by the number of visitors that have viewed my posts. It seems that I have had over 600 unique visitors over the past few months. This presents an interesting question for me: Are the people viewing this blog CIRKSIS family members or people interesting in Latvian history? If you are a CIRKSIS family member I would be interested in hearing from you. I am particularly interested in anyone who has information on the origins of the family name. If you are interested in Latvian history, what aspects are you interested in? So even if you don't think we are directly related, why not post a message in the comments section of message me on twitter @cirksis? I like to pop a photo into most posts so here is today's: Here a few of the family heirlooms. On the top left is a ring given to Janis CIRKSIS by his mother during WWII. On the top right is a 1 Lats coin, it is made form silver and was worn on a neck
Post a Comment
Read more

While many Western English speaking nations define themselves in relation to their attitudes and there "way of life", Latvian folk song, folk tales and the Latvian language itself is considered fundamental to the Latvian identity. The language itself was born of the peasant farmers and solidified by Latvian academics who studied under Russian rule during the 19th and early 20th centuries.   See my article on   The Latvian Ethnic Identity  for an in depth account of how Latvian Ethnic Nationalism came into being. During the Soviet occupation, the Latvian language became endangered by mass deportations and immigration from the Soviet Union. Today the Latvian language continues to be an endangered language as the Latvians, Latvian Russians and stateless Russians in Latvia attempt to clean up the enthno-social mess left behind by the Soviets. It is no surprise then, that the Latvian Diaspora considered it vital to maintain Latvian language culture in their new homes. One of t
4 comments
Location: University of Melbourne, University Of Melbourne EyeCare 801 Swanston St, Melbourne VIC 3053, Australia
Read more
More posts